Biggest Market Crashes in the History of Cryptocurrency Trading

Bitcoin has dropped 80% & 90% several times before and may yet do it again. If you don't think you can handle that, please vacate your coins to those who can!

This is in large part to Altcoin/BTC trading pairs on every exchange. To get into Alts, you have to get into Bitcoin first, for the most part. 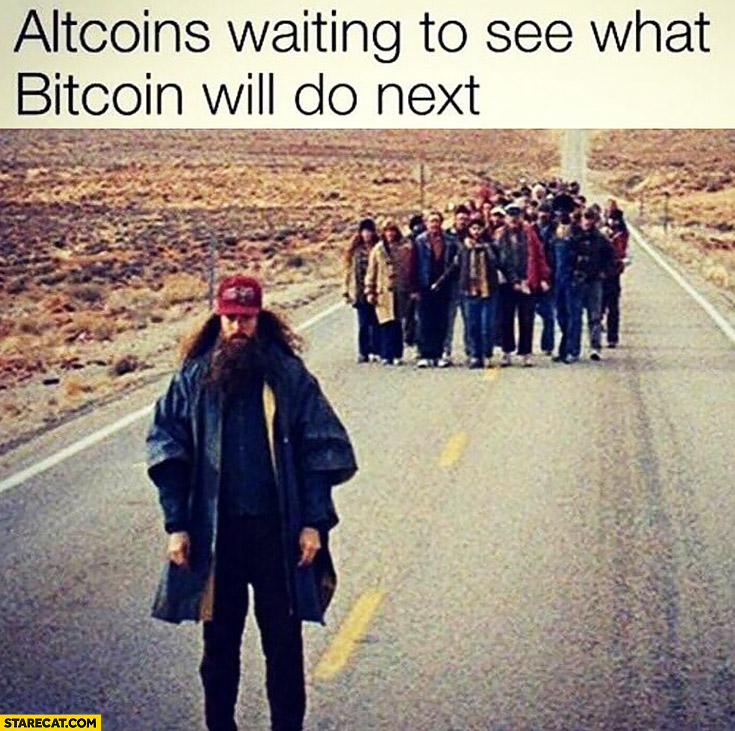 As Saifedean Ammous points out in the tweet above, Bitcoin is extremely volatile and not for the faint of heart or novice trader, and Alts are even more so. In the 9 year history of Bitcoin’s existence, we have seen the market decline rather spectacularly, various times, often bring down the rest of the Altcoin market with it. This has led to many threads in r/cryptocurrency lamenting this correlation in price.

Today, I’ll be taking a look at some of the largest market crashes in the history of the cryptocurrency market.

In June 2011 Mt.Gox, one of the first Bitcoin exchanges was hacked for 2000 Bitcoin, by a hacker that was able to change the price of Bitcoin to $0.1 cent, on the backend of the site. Mt.Gox lost an additional 650 Bitcoin to customers who by chance, happened to benefit from the hackers misdeed, and were able to purchase coins at the “hacked rate” of a penny.

The resulting sell-off that happened due to this hack was the single largest crash in Bitcoin price to this very day dropping 94% in one day, with a bear market over the ensuing months. The price was $32 at the peak and dropped to a penny, then stayed as low as $2 dollars by November 2011 before finally starting to recover.

This was a catastrophic market crash in the market’s infancy, and its impact on the early cryptocurrency trading market cannot be understated.

Another MT.Gox related crash, this time caused by MT.Gox suspending trading because of unprecedented trading volume due to Bitcoin gaining in popularity at the time. MT. Gox could not meet demand and decided to halt trading, and many people began suspecting they had been hacked again or were suffering from a DDOS attack.

MT. Gox had record-setting new user registrations and had 75,000 new users joining monthly by April 11, 2013, when they suspended trading. After MT. Gox released a statement informing their users, the price made a quick recovery, but not before dropping from a high of $266 dollars down to $54 dollars, before rebounding.

MT. Gox was the world’s leading cryptocurrency trading exchange, in an era when there were not many other options, they handled up to 70% of the world’s Bitcoin trading volume at their peak. The many MT. Gox related incidents like this led to many of the platform’s users to say they have been “Goxxed” in reference to losing money trading on the site.

Late 2017 was when we saw unprecedented mainstream media, and financial media begin to cover Bitcoin in earnest. After trying every single method available to marginalize Bitcoin, such as announcing its death over 300 times, the media had to capitulate and begin covering it along with the regular financial news reports. This is when media began covering Altcoins as well, and a whole burgeoning market of crypto assets have arisen as well.

The hype cycle began with record-setting ICOs at the beginning of the year and gained steam with the Winklevoss twins attempting to register a Bitcoin ETF at the same time as a few other companies filed for ETFs also. This led the /biz, Crypto Twitter, and Reddit trading communities to believe that Wall Street institutional money was coming into the market in a big, big way.

This enthusiasm led to a record-shattering price spike to a high of $19,666 per Bitcoin on 12/18/17, which then broke to the downside after completing the blow-off top. Over the next few months, the Bitcoin price retraced 67% of its gains to a low of $6000. We still have not stopped the downward trend and as recently as last night we had another flash crash (possibly from an exchange hack in S.Korea), sending us to a current market price of $6810, as of this writing.

You can see from the chart, we are still heading lower, with no relief in sight, and another 4 weeks of downside according to the Tom DeMark setup & countdown indicator made famous by bitcoin evangelist Tone Vays.

In February of 2014, MT. Gox while having several issues with lawsuits and an ongoing investigation by the US Department of Homeland Security, for operating an unlicensed money transmitting business, suddenly halted all withdrawals of Bitcoin and went offline.

A short while after an internal memo surfaced, which was leaked to the web anonymously, which stated that hackers had made off with almost 850,000 Bitcoin. It further came to light that Jed McCaleb (Ripple & Stellar creator and original owner of MT. Gox) may have sold the exchange to Mark Karpeles the current owner of the site, with a deficit of 80,000 Bitcoins previously missing, that he failed to disclose at the time of sale.

There had already been doubts about MT. Gox by many users, because as part of their investigation, $5million dollars had already been seized, banking relationships had been suspended, and US dollar withdrawals had been suspended as well. Roger Ver, the former Bitcoin Jesus turned crusader for BCash, even went so far as to make a video, reassuring MT. Gox users that the exchange was in fact solvent, and not to worry.

This could not have been more false, whether Roger knew so or not, is up for debate, but the end results were the bankruptcy of the MT. Gox exchange and the remaining Bitcoins are in the control of a court-appointed trustee who keeps selling large amounts of Bitcoin on the open market and inadvertently caused a more recent price slump. Four years later, and we are still getting Goxxed.

At the beginning of September 2017, the ICO market was garnering the ire of regulatory agencies around the globe. Politicians were seeing the astronomical amounts of capital being raised in a decentralized crowdfunding fashion from unqualified investors and wanted a piece of the pie.  They were also seeing a lot of scammers stealing with impunity.

While I will be the first to admit ICOs are mostly doomed to failure, and most of them are outright scams, or illegal, unlicensed, unregistered securities, I do believe in the freedom to spend your money how you wish, without an oversight agency involving themselves. Most of the cryptocurrency trading community feels the same way, I’d be willing to wager.

China is a government not known for economic liberty, or free markets, and was the first to publicly take a position on the issue. They enacted a very draconian ban on ICOs, and then later cryptocurrency exchanges, causing many Chinese industry-leading companies to set up shop in friendlier jurisdictions such as Malta, Japan, Singapore, and Switzerland. This ban caused a massive plummet in prices. It also led to the Japanese market overtaking China as the largest cryptocurrency market.

Shortly afterward South Korea issued a similar ban on ICOs, compounding the market reaction, and further battering the already slumping prices. The China FUD (fear, uncertainty, and doubt) caused the red-hot Altcoin market to cool down, and when it began to recover most of that capital went into Bitcoin’s epic end-of-year bull run to $19,666 dollars.

Bitcoin and Altcoins are the most volatile markets I have ever witnessed, and the speed at which they move is breathtaking. The 24-hour trading really makes the market catch a lot of traders completely off-guard. All markets go through boom and bust cycles, and the diagram above is a representation of a market bubble. If you take a look at the Bitcoin weekly chart, it lines up very well with this diagram.

Tyler Jenks, a trader with 40 years of trading experience has even claimed Bitcoin to be in a Hyperwave, (a macro trading cycle with explosive growth) and the Hyperwave also shares many of the same characteristics of this market bubble diagram. You can learn more about Hyperwave by watching his Youtube channel “Hyperwave” where he explains his theory in detail, as it’s much too complex to cover here.

Bitcoin made some of the most legendary gains in any market ever, in 2017. I would definitely agree the frenzy and enthusiasm which led to this epic price action also created a bubble which popped in January 2018 and still has not finished deflating. We have not quite yet reached the despair phase of the diagram. We won’t begin rising in price until the sellers have been completely exhausted.

Bitcoin has been improving the whole time, on a fundamental and technological level, and I expect the next bull market to make the price run-up of 2017, look tiny in comparison.  I expect the crash that follows to be just as grave. Alts will fly even higher than Bitcoin, and crash and burn twice as bad.